When British long-distance runner and gold medallist Mo Farah failed to qualify the 5000 metres final at the 2008 Beijing Olympics — an event he calls the biggest disappointment of his career — he took stock of everything and began changing his lifestyle.

Farah uprooted himself from Britain, where he had been living since he was 8 years old, leaving his wife, Tania Nell and twin daughters, and moved to Kenya for a training camp in preparation for the London 2012 Summer Olympics.

“I could easily have stayed in the UK with my family in a nice house, but I was willing to take a risk,” he told RadioTimes. Though it was missing the comforts of his home and family, the training camp in Kenya enabled Farah to totally focus on his goal.

“My room is basic: a bed, no TV. I wake up, run, have breakfast, sleep, gym in the afternoon, another run in the evening,” he said, describing his daily routine in Kenya. “That’s it, nothing else. No going to the café, no going for coffee. I just eat, sleep and train. When you get out on the roads and trails, there are big groups of locals running everywhere. They all run with great hunger. They know if they don’t, their families don’t eat.”

The lifestyle change paid off. Farah captured four gold medals in total at the 2012 and 2016 Summer Olympics, in the 5000 metres and 10,000 metres events, and has gone on to become one the most successful British track athletes in modern Olympic Games history.

Every race is different. If you come down the home straight neck and neck, the crowd cheering for you can decide the race. For me, at the Olympics, the crowd gave me a massive boost and I don’t think without the crowd, I could have won.

On a typical training day, Farah wakes up between 7-7.30am, and has breakfast — he loves his coffee and cereal, in particular Frosties, “they gave me my much needed sugar rush to get me through the early part of each day,” he told The BBC. On other days he’ll have a couple pieces of toast with Nutella.

After breakfast, he starts his training, kicking the day off with a 10 to 12 mile morning run. In early 2019, Farah contemplated retirement from track events and a transition to marathon running, but in November that same year, he announced his plans to defend his 10,000 metres Olympic title at the Tokyo 2020 Olympic games.

Since switching to marathons, I’m doing much longer reps and more long runs, but the mileage depends on the time of year. Normally, the hardest time is January, February, March, because that tends to be when I need to get ready for the marathon I’ve targeted. On average, I run about 28km per day, some days slightly more. It works out at just over 193km per week. I go through a pair of new shoes every three weeks.

Following his run, Farah heads to the gym for strength training. “I go to the gym a few times per week, with front squats, dumbbell work, Romanian deadlifts – a normal weights session, but nothing too heavy,” he told Men’s Health. “When you get tired towards the end of a race, strength helps you maintain form and run straight.”

“I realise it doesn’t sound too exciting, but for someone doing my pursuit it was absolutely the right thing to eat,” he admitted. “It’s an exciting life I lead!” After dinner, Farah usually goes to bed between 9.30-10pm, clocking in over nine hours of sleep per night.

What you put in is what you get out. You won’t get bailed out by your teammates: all your mistakes show. How hard you train is how you perform in competition. That drives me to keep training harder, to put in the miles. And knowing, at the end, there’s the possibility of that moment when the floodlights are on, you cross the line first, you hear the national anthem – that bit keeps bringing me back. 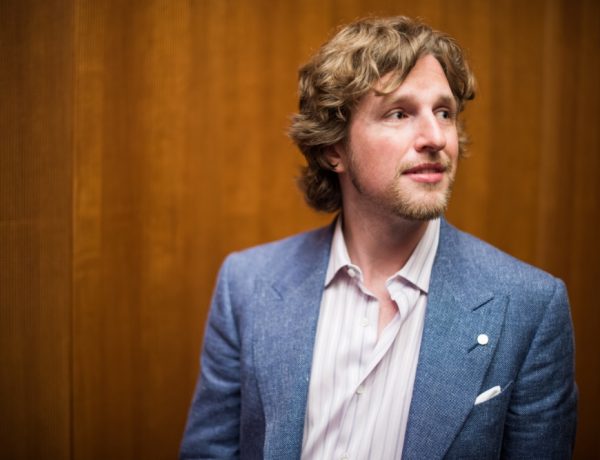